Hand-Rolled Ricotta Gnocchi, Every Sunday at Osteria Via Stato

Chicago Italian restaurants feature the classic pastas dishes on their menus – spaghetti, penne and angel hair, but it’s always a treat to see gnocchi.  Chef David DiGregorio’s version of this “pillow” like pasta incorporates Ricotta cheese, in place of traditional potato, to create an ultra light texture and rich taste.  The Ricotta Gnocchi at Osteria Via Stato is hand-rolled and only available on Sundays – and an Italian tradition for family supper.

To learn more about the history of one of our favorite dishes, see below. 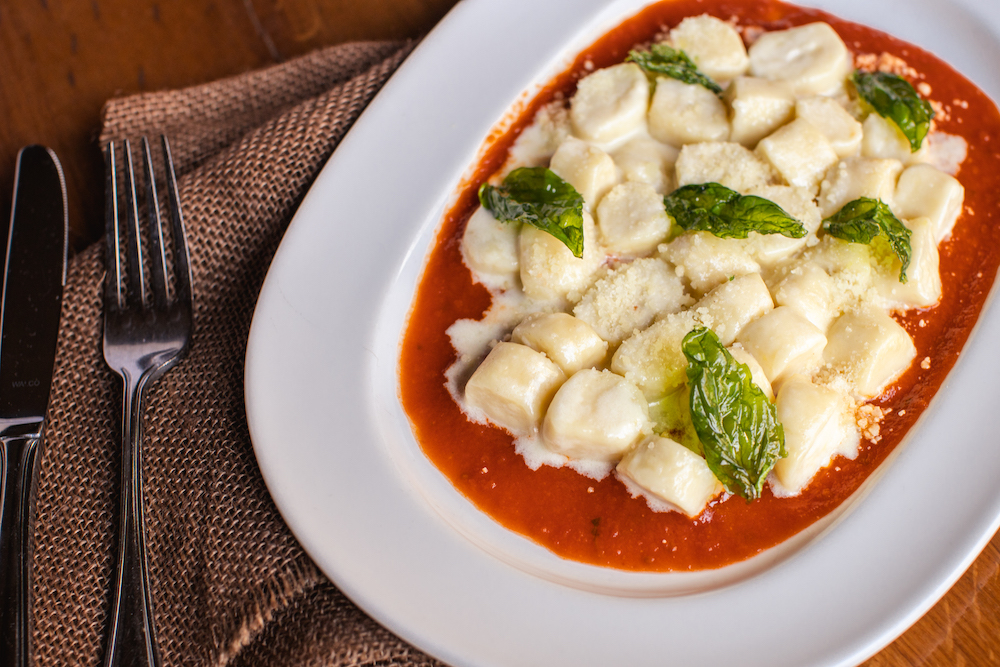 Gnocchi is a dumpling style pasta that has very deep roots – believed to be first invented in the Middle East.  Exploring Romans took the dish, among many others, and shared it with Europena cultures. From France’s “Parisienne Gnocchi” to Argentina’s “Noquis”, this little bite of tasty deliciousness is prepared around the world, in many delectable styles. 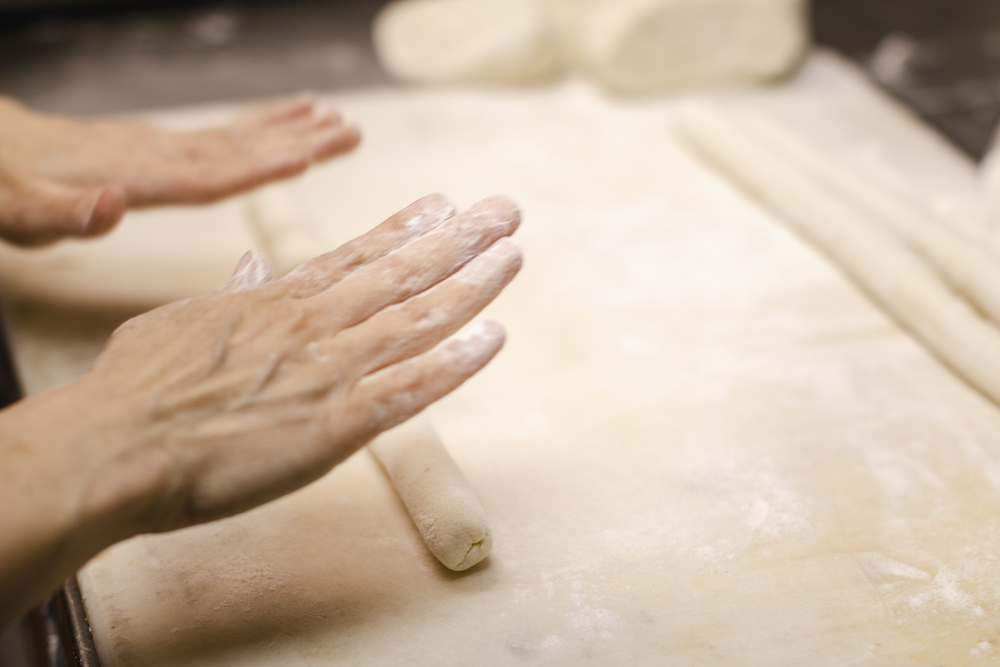 The most well known variation of the dish, potato gnocchi, wasn’t created until the 17th century.   Potatoes, though having been introduced to the European culture several hundred years prior, had only been fed to animals, the poor or criminals due to the Italian’s love of grains.  Previous variations of gnocchi were made using ingredients such as dates, rice, squash and breadcrumbs. As potatoes grew so well in northern Italy, they eventually became an inexpensive and abundant staple in kitchens throughout the region. 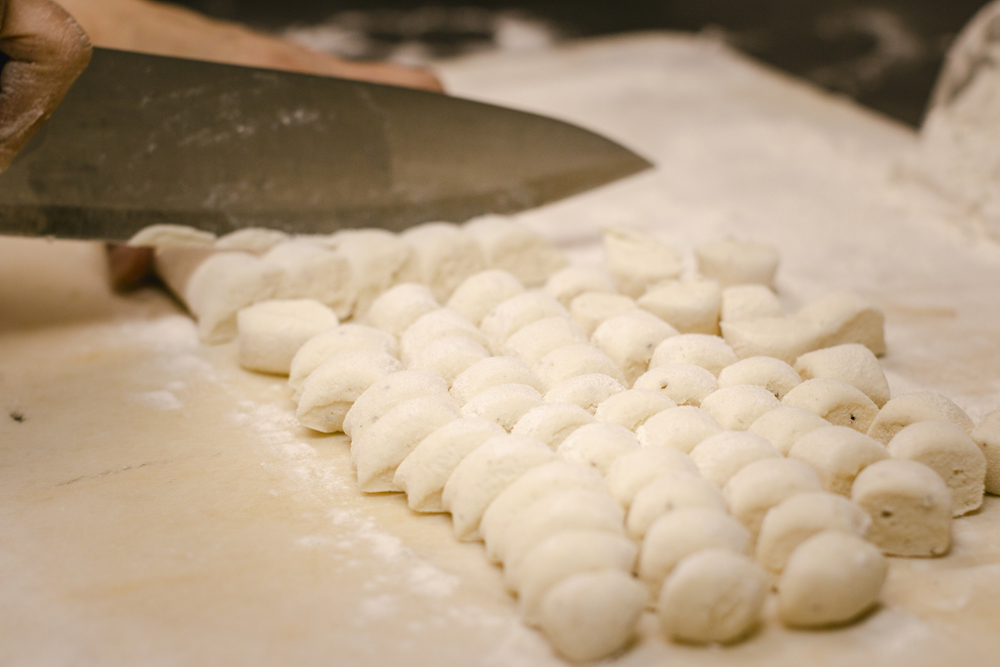 The word “gnocchi” directly translates to “lumps,” but many believe it originates from the word “nocchio,” which means knuckles. 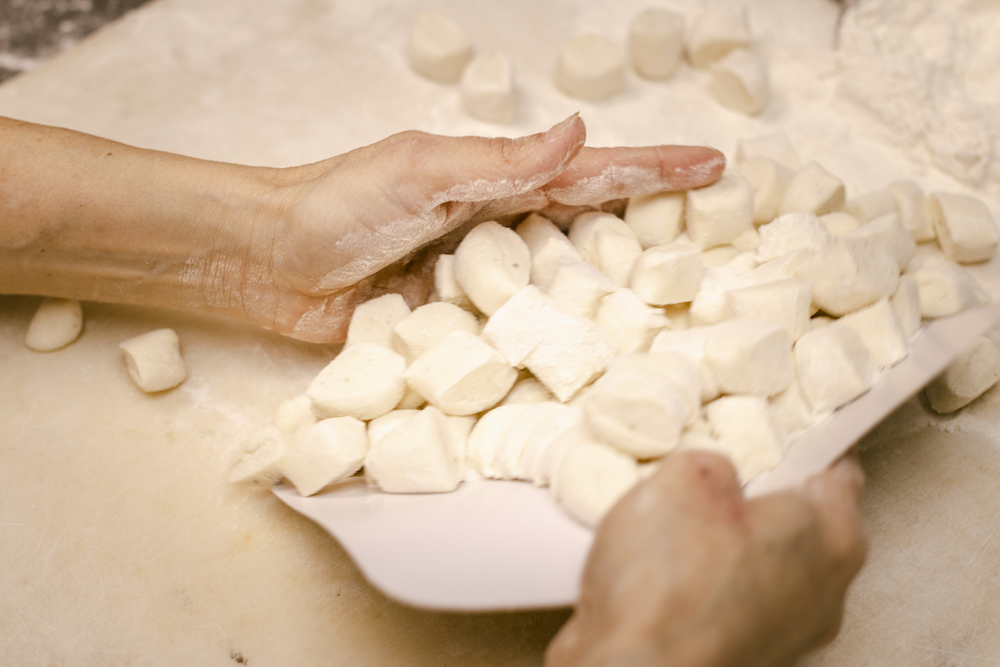 One well-known style of Ricotta Gnocchi, was created in Florence.   This version, call strozzapreti or “priest-stranglers” incorporates spinach and is thought to be so delicious that priests have literally choked from eating it too quickly.  Of course, there are no confirmed reports of this, but it certainly makes you want to try it.

In the hills of Tuscany, Gnudi, or the “naked ravioli” graces many a kitchen table.  Not a single potato will be found in this recipe, which incorporates ricotta, eggs, breadcrumbs and a bit of semolina flour.  The savory balls are like miniature ravioli, without the pasta shell, hence the name – and are sauteed in butter, before being tossed with fresh sage. 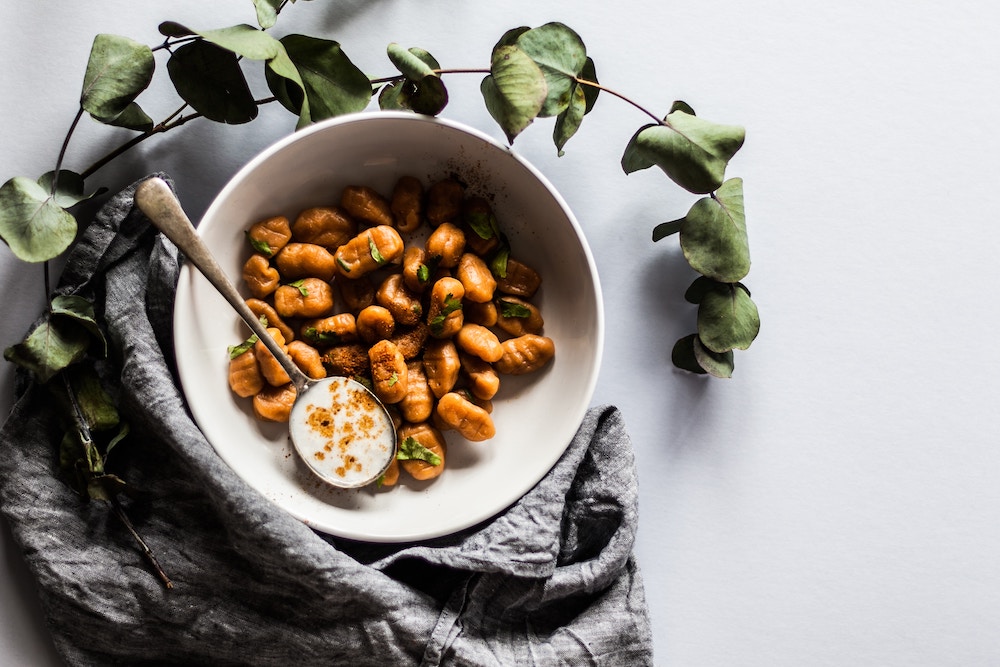 Chef David Digregorio’s Ricotta Gnocchi is a blend of his favorite styles of this iconic Italian dish.  Depending on the season, you can see it on our menu with Rosemary Butter & Simple Tomato Sauce, Sage, Brown Butter and Parmesan or hearty Duck Ragu, reserved for Chicago winters. Get your gnocchi fix at Osteria Via Stato every Sunday night. Click here to make a reservation. Saluti! 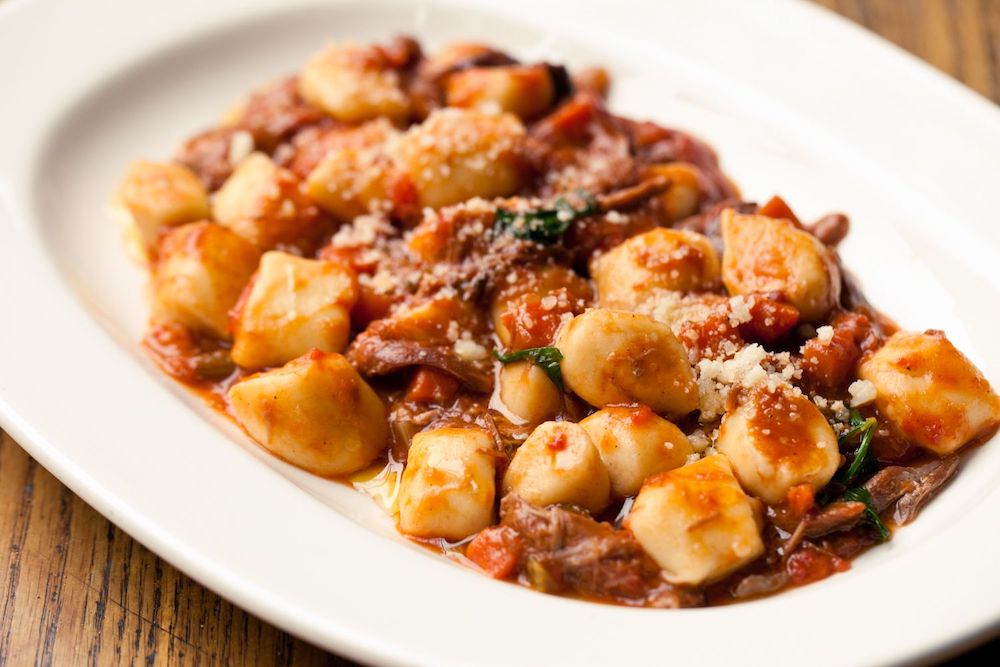 Osteria Via Stato is an Italian restaurant in the River North neighborhood of Chicago.  We pride ourselves on using seasonal ingredients, local producers and an all Italian wine list boasting over 300 labels.  Join us for lunch, dinner, warm Italian hospitality and a sense of la dolce vida!